May 26, 2009 - In a surprise announcement, Canon USA said tonight it will be issuing a much sought-after firmware update for the EOS 5D Mark II Digital SLR Camera that will add manual exposure control including ISO, aperture and shutter speed, to the camera’s HD video mode.

Details on the firmware update, however, were scant. Canon made its announcement via email to members of the press and in a “special edition” of Canon’s EOS eNewsletter. No mention was made about adding a 24p mode to the camera’s HD video function which would simulate film. (A 24p mode for the 5D Mark II has ranked high on cinematographers’ wish lists.) 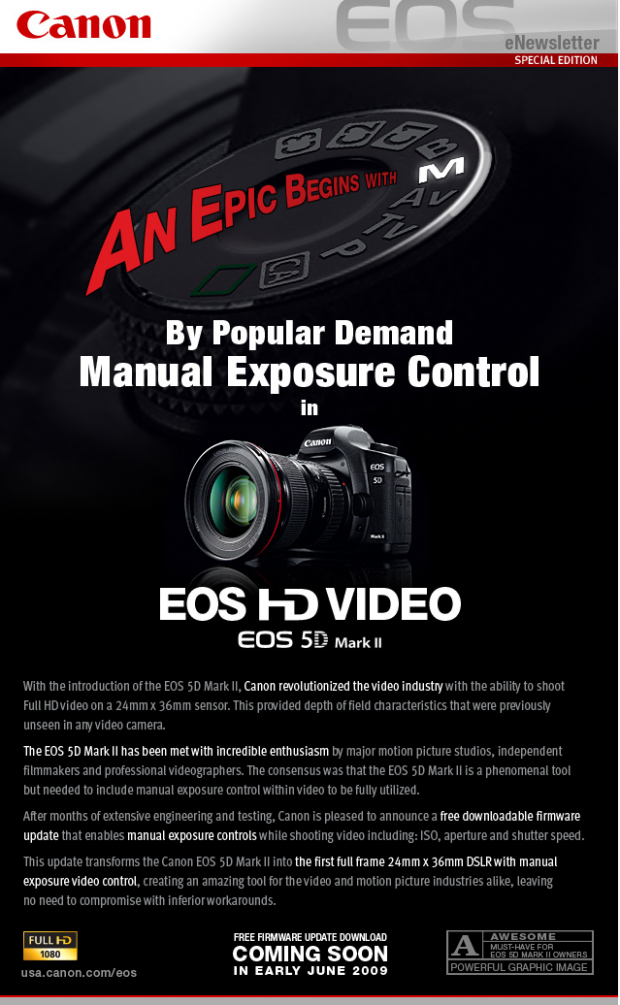 This entry was posted in The Blog and tagged camera, canon, eos mark II. Bookmark the permalink.