Russian police are hunting an ex-cage fighter who escaped from a psychiatric ward by tearing through a fence with his bare hands.

Vyacheslav Datsik, 33, turned to a life of crime after he was deemed too violent for the no-holds barred sport, RIA Novosti said.

The powerfully-built Datsik was locked up in a high security psychiatric clinic in 2007 for robbing mobile phone stores but authorities moved him to a low security facility in St Petersburg in July.

Datsik used his immense strength to escape on Saturday.

“He tore a hole in a chain-link fence with his bare hands and fled. We immediately informed police about his escape,” the hospital’s shocked chief doctor, Leonid Yefremov, told the fontanka.ru news website.

Datsik’s former cagefighting career was dogged by accusations that he endangered his opponents by being too brutal in the ring.

The martial arts expert was repeatedly disqualified for being too violent before he threw in the towel after losing six straight bouts from December 2001 and February 2003.

Datsik escaped criminal charges over his subsequent robbery spree because he was diagnosed as mentally ill.

A salesman at a St Petersburg mobile phone store told police that a “hefty man” raided his business on Sunday, making off with about 7000 rubles ($227) and a Nokia phone.

The assistant identified the robber as Datsik from a police photo, RIA Novosti said.

I shot some photos for a Brazilian bikini company called Mulata Brazil. We shot indoor, catalog stuff today and if weather permits we’re shooting outdoors in the early AM tomorrow.

My man Big Jeff helped me get the job done. Thanks Jeff! We stopped by the tattoo shop to pick up a couple shots. Here’s Jose putting on his mean mug! I’ve tattooed Yoji a couple times for practice already so today was time for me to give back some skin.

Here are a couple pics and a short video clip… I filled in some empty banners on Yoji’s leg today… “Money over Hoes” was the phrase that paid. 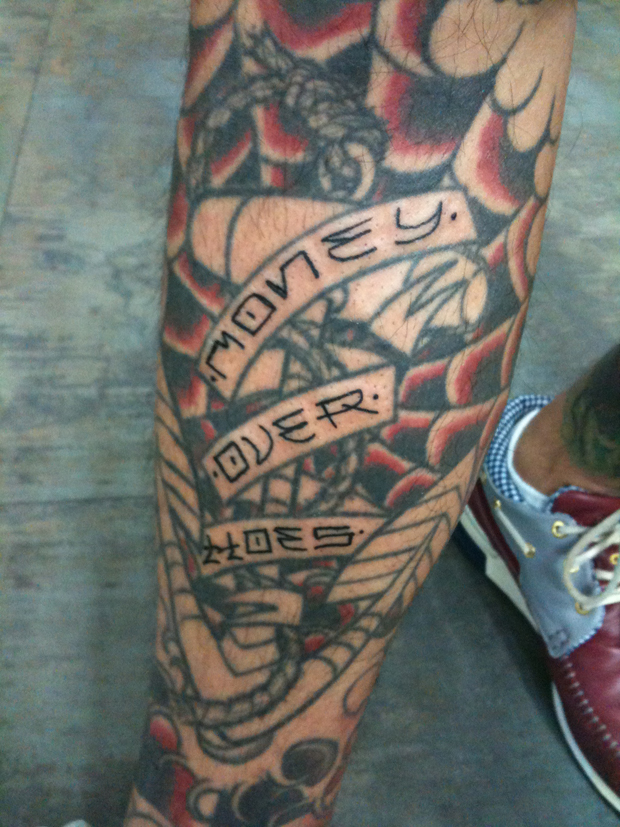