I woke up early today just as the sun was rising. This is the view from my apartment overlooking East Ikebukuro near the Sunshine 60 Building which used to be the tallest building in Japan until 1991. As you can see the neighborhood is pretty dense. I don‚Äôt think it‚Äôs possible to squeeze any more buildings in this concrete jungle. 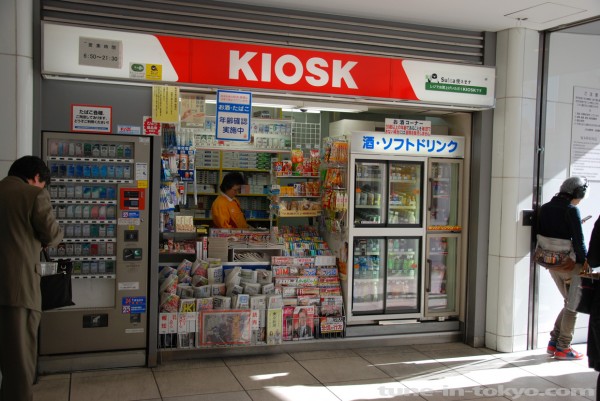 I headed to the KIOSK at the Ikebukuro Train Station to grab the Japan Times. They sell a variety of things such as newspapers, magazines, snacks, beer/wine, tobacco, juice, candy and even neckties. You can pay using your Suica Card which is very convenient.

Then I grabbed some breakfast. In all of my years living in Ikebukuro I‚Äôve tried just about every breakfast joint in town but I always seem to end up back at Ootoya - great food, great service and it‚Äôs cheap! I normally get grilled fish, miso soup, grated daikon, tofu, pickled veggies, nori, white rice and natto (fermented soy beans). A lot of people don‚Äôt like natto… but I do. This breakfast costs less than a whopping $5 USD.

Sometimes I get a side dish, either steamed veggies or a salad. Today I got the salad which was pretty good and it only set me back $3 USD.

After breakfast I hopped into a monkey suit and I held a sign from 9AM - 5PM. It‚Äôs my new part-time job on the weekends! Since losing my company I figured that it would be a good idea to have some type of income even if it means swallowing my pride. It‚Äôs just temporary and being a monkey is actually a decent gig - I get to rock out to my iPod. Today I was totally jamming to some old school Bone Thugs -N- Harmony (some profanity). I always stretch before suiting up and today… it paid off.

During the lunchtime rush some young punk thought he was funny and he tried to tackle me while I was on duty. I guess he didn‚Äôt expect the guy in the monkey suit to be a trained mixed martial artist. I sprawled and defended the takedown attempt and his friends were all laughing at him. Then they started chanting, “saru, saru” which means ‘monkey‚Äô in Japanese. The commotion drew quite a crowd and I saw some people recording the event with their cell phones. If you happen to be one of those people please send me the clip because I‚Äôd like to include it in this post and also on my personal highlight reel.

The cherry blossoms are blooming in Tokyo now so after work I took a stroll around town to take a peak. The Japanese really love ‘hanami‚Äô - looking at the cherry blossom. When I first came to Japan I couldn‚Äôt understand what the big deal was. After being here for a couple years I‚Äôve come to appreciate the cherry blossom and I actually enjoy this time of year more than any other holiday season.

This entry was posted in The Blog and tagged cherry blossom, hanami, ikebukuro, kiosk, MMA, ootoya, suica. Bookmark the permalink.

6 Responses to Saturday in Tokyo