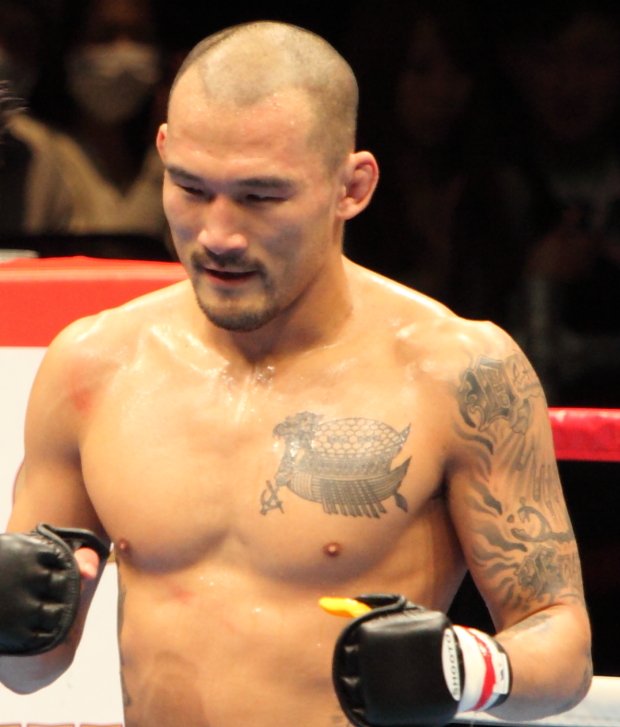 Congrats to Kotetsu Boku! He pulled off a win after getting knocked down early in the first round with a straight right, took a bunch of punches to the head on the ground, gave up his back and nearly got rear naked choked. 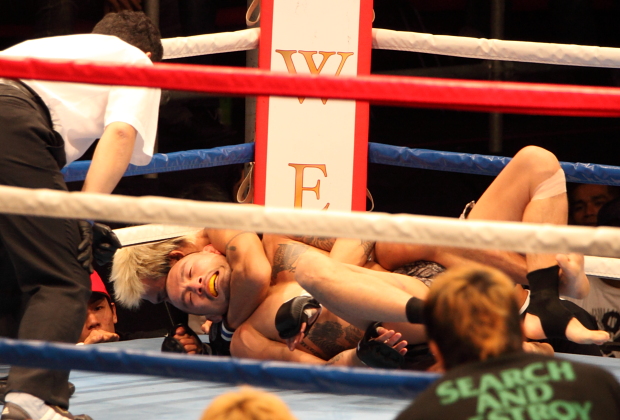 He somehow managed to escape, got to his feet and knocked Sakaguchi out with a nasty left hook. The dude was out like a light! This entry was posted in The Blog and tagged kotetsu boku, MMA, Pancrase, shooto. Bookmark the permalink.

One Response to Shooto - Revolutionary Exchanges 3